In this first part of the technique and theory section we’ll take a look at some theory behind a proper golf swing.

I’ll keep it as clear and simple as possible as I’m always stressing that golf isn’t rocket science.

There’s already enough resources out there that are over complicating things in my opinion.

I will include links and recommend books that will guide beginners to the right direction. 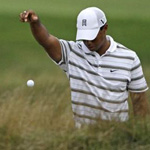 You can also check the website of the USGA which is an equal organisation responsible for all things golf in the United States.

They provide extended guides with video and graphics to learn everything you ever wanted to know about the rules right on their sites. But you should never forget the most important rule:

The ball must be played as it lies, except as otherwise provided in the rules.

If you spent an hour or two to learn the rules you will have a better grasp of the rules of golf than most of the golfers on your local course. 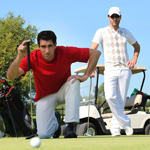 Hopefully you’ve hit some balls already as suggested in the first part of this guide.

Maybe you even took a lesson and are slowly understanding that golf seems to be always harder than it looks.

Most golf books are structured in the same way: grip, stance, posture, back swing, down swing and finish.

It’s the steps of a normal swing from start to finish.

You start with gripping the club, swing it and end with a great finish.

But when you want to learn to swing the club properly you have to understand some of the principles behind it.

I think that understanding the basic principles of a proper swing is the best way to learn golf for a beginning player.

They are the best things to focus on if a golfer wants to repeat good shots:

The Four Basic Movements of a Good Golf Swing 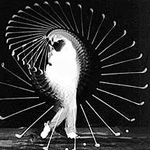 To hit the ball well repeatedly the golfer has to perform four basic movements.

He has to turn his body and shift it laterally.

He has to move his wrists for maximum power.

He has to rotate his arms and move them back and up.

Lateral Shift and Turn of the Body
A good golf swing starts with a one-piece-takeaway and a good turn of the upper body. At the beginning of the takeaway hips and shoulders turn synchronous until the club reaches approximately 45 degrees.

Then the shoulders begin to turn faster than the hips. The correct order of movements is hips, shoulders, arms and finally wrists.

It’s the same with the downswing which is initiated by a lateral movement of the hips followed by a hip turn, the shoulders, arms and wrists.

Wrists Cock and Hinge
If you use your wrists in the right way your arm club unit turns from a long inactive bar into a whip with two links.

Important is to keep your wrists loose to accomplish this.

Only this way you can develop the necessary lag for optimal power.

If the club and your left arm from a straight line before impact you loose all the power of this whip effect.

You want to draw your hands behind so to speak.

You want to do this in a way that this straight line between your left arm and the club forms right after the impact.

If you rotate too much during the back swing you are swinging too flat around your body.

If you don’t rotate enough you are swinging too steep. During the downswing it’s the other way around.

Arms Part from the Body and Move Up and Down
The arms have to part away from the body and swing independently up and down in the right way.

They have to swing back in a way that the arms are above the right shoulder at the highest point of the back swing.

While swinging down the arms move back down and in front of the body. The is supported by the centrifugal force. 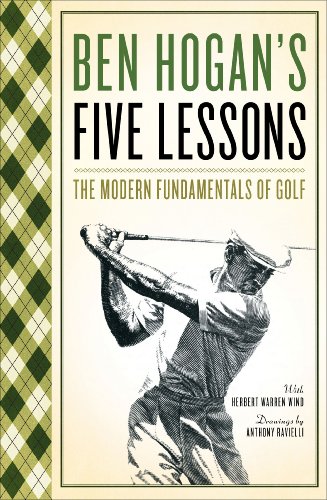 First I want to recommend the classic book by Ben Hogan. His five lessons: The Modern Fundamentals of Golf are giving you a nice compressed look on the full swing.

It’s also written by one of the best if not the best player of all times.

It’s a quick read, straight to the point, beautifully illustrated and simply the must read classic of all golf books. 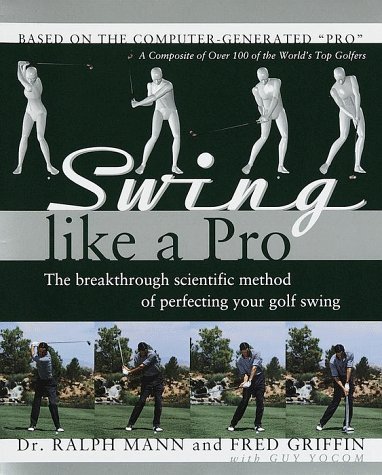 I also want to recommend Swing like a Pro by Ralph Mann and Fred Griffin.

This book guides you through a model swing from start to finish. As a beginner you follow along and make fast improvements if you stick with it. 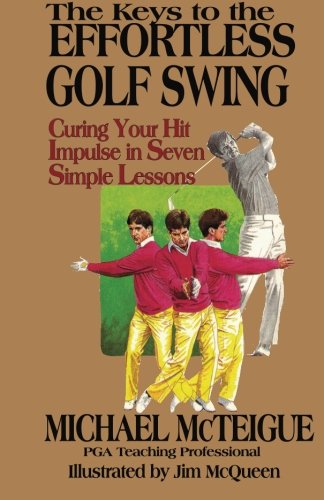 Finally I suggest to you to read Keys the Effortless Golf Swing by Micheal McTeigue.

This book is the best description on how to build a repeating golf swing fast as a beginning golfer.[clearboth]

In the next section we’ll take a look at specific technique like grip, aim, posture and timing. And how you can put some of the theory to use that was described in this article.: